Test conditions:  several days with light winds (from 14 to about 18 knots) during our kite trip in Tarifa plus some days of strong wind (20 - 25 knots)

The Nexus is the kite allround of Core designed to offer a single wing to those who love all the disciplines of kitesurfing from Freestyle to Waveriding. The Nexus in fact arises from the encounter between GTS4 and Section 2.

We used the Nexus with Core Sensor2S bar.

The Nexus is developed starting from the Future C Shape of the GTS and the result is a 3 Strut kite with moderate Aspect ratio.

The Nexus has the Core Intelligent Trim Sustem (CIT) that allows you to adjust the kite in 3 different modes: Wave, Allround, Freestyle.
In addition you can adjust the attacks of the back lines in 3 modes: medium, easy and super easy to have a pressure on the bar from medium to super light and change the rotation speed.
The result is a complete range of customizations.

We tried the Nexus mainly in allround mode and Supereasy which is the standard adjustment with which it is supplied and designed to adapt to most situations and riders.

On the bar the Nexus transmits a pressure really super light but precise.
The first sensation perceived by raising the kite is dynamic. The Nexus is a kite that immediately feel fast in his hands and he wants to actively fly in the window. However, this speed is not surprising because at any time you know where the kite is. The perception of power is very light and is felt when the kite moves in the flight window, without tearing.
The response to the commands is very direct and super-fast.
Stable in the air even when unhooked.

At the pace the Nexus, as already mentioned, requires a rather dynamic conduction. It moves a lot and is fast and super fun.
The wind range is noteworthy above all: with about 25 knots we were at about half depower and even the strongest gusts were not at all a problem, not even strapless. As for the range at the bottom, it probably requires a couple more nodes than the table provided by Core, if only for fun.

We come to jumps: the Nexus shoots very high and once in the air it remains nice to be controlled and you never lose contact with the kite. As for landings, it requires a bit of precision to get a little more support.
Really good even when unhooked. The softness of the kite seems to invite you to unhook and once unhooked it remains controllable, fluid, soft and fast as if hooked but on request it gives you all the power you want.
Kiteloop and downloop are fast and not too aggressive.

In the wave the Nexus is super fast, always ready to change direction and follow you. You follow the wave and he follows you. The response to the commands is always immediate.
On days when we came out with a bit more wind we found that the Nexus has an excellent ability to foil and almost completely vanish. This together with its speed and the always soft and controllable power management make it very comfortable even strapless.

We tried the Nexus with both twin tip boards and the directional board. Personally, we really liked the surf, but others preferred it with the twint tip, a sign that it is a kite with a double heart! 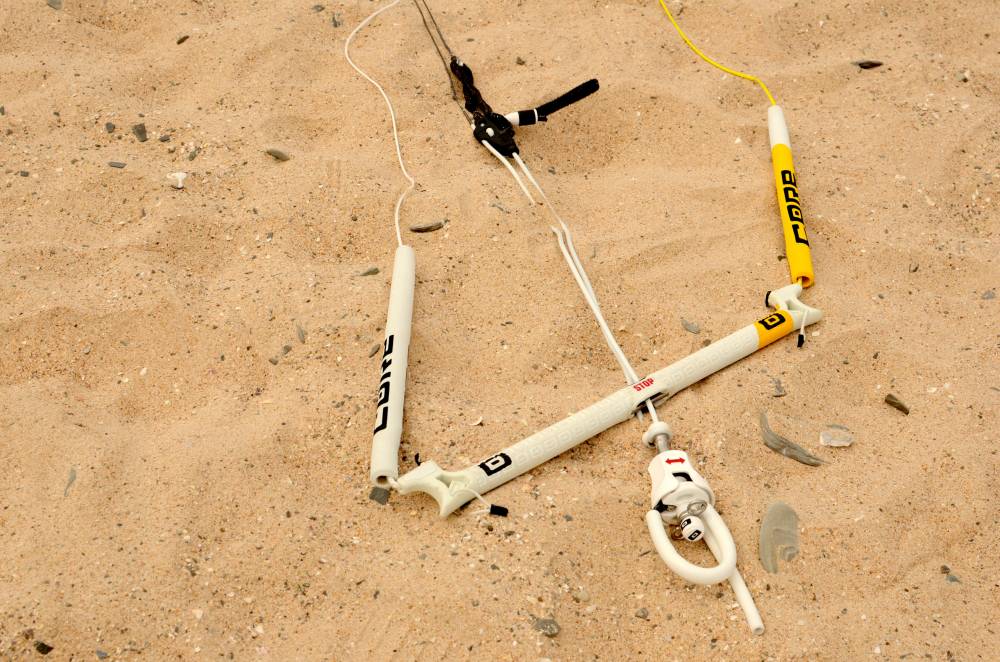 The Sensor2 Bar is an essential and lightweight Core style system. Adjustable width (a single bar for any sail), ultralight titanium core, small diameter handle, polyether-coated front which guarantees protection from wear and maximum smoothness and simple cleat.
The Core Sensor 2S has the S-System inserted in the chicken loop block. It is a swivel fitting with ceramic bearings that allows you to unroll the fronts only by pulling the bar towards you.
Available separately different kits to customize the bar according to your style: Pro Loop, Wakestyle kit and Pro Leash.

Quickrelease is activated by rotating and not pushing. 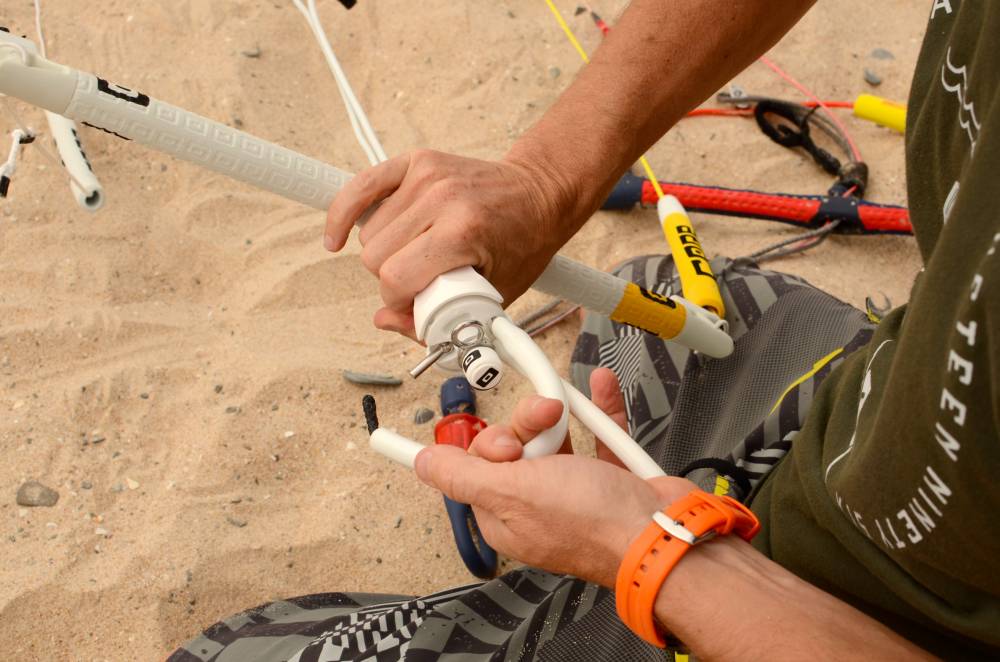 On the paper Core explains the motivation of this choice: the rotation is more efficient than the push because the release so it must not counteract the thrust of the water. For our part, we must say that this solution does not convince us very much. The reason is not that it doesn't work well. Actually it is easily activated, we have tried it: just turn to the right or left and release it. Our reticence is due to the fact that the movement of unhooking should be an instinct to be activated in moments that are a little frantic and we believe that it would be better to have a universal system to minimize the possibility of error. This does not mean that a rider normally does not change sail continuously and therefore once he gets used to this system he will be fine.

Ultimately the Nexus turned out to be a fast kite, very responsive and fun to drive. A kite that adapts well to those who prefer an active run and loves a little brio in their hands. The freestylers have appreciated the qualities of Big Hair, the waveriders the speed and the flotation also weakened.
In essence we would recommend it to intermediate and expert riders looking for a reactive kite to have fun in any circumstance.
We liked the adjustments that really allow you to customize the kite according to your tastes or what you want to do.
As already mentioned, the bar did not convince us as much as the wing.

Besides us at Tabularasateam.it, they tried sailing with their impressions: Luca @ Sapotour and the kiters who participated in the September 2019 kitetrip in Tarifa

Here are some testers' opinions:

"Really a nice kite, I loved it. Sail very fast, reactive and with a great, GRAN lift. I used it with a wind of 25 knots and I always felt super safe and calm, it gave me a desire to try to jump because you always knew where "  Paolo

"The Nexus is a very reactive kite, but I didn't find it so much because it's not exactly my thing, especially in the jumps I couldn't find the right timing. I have to say though that the wind wasn't nice when I tried it: he was going down and he was gusty. "  Denis

"Nice fast kite, it moves a lot but you always know exactly where it is. The wind range is really good. In the jumps it shoots YOU VERY high." Grana

"Very fast kite, maybe the fastest wing I've tried, but at the same time it's also very easy. It has a nice range: on the one hand it has a depower that allows it to completely foil, but it also has a nice power. "18 knots I started to glide and with 25 it was fine. I also recommend it for beginners who want to progress and start going a little in the waves or doing new tricks." Luca

Thanks to Core Kiteboarding and Eviva Sport Shop for availability and collaboration and thanks to @Sapotour for testing collaboration.

The idea was born a little by chance. Speaking with Luca from Sapotour we said to ourselves: "Why not organize something together?" And so in no time at all we found ourselves in Tarifa with a nice group of kiters and a van overloaded with kitesurfing gear to try. A simple formula: group kitet in the European capital of kitesurfing with material tests

CONTACT US - REQUEST INFORMATIONS
This website uses cookies, including third parties, to send you advertising and services in line with your preferences. If you want to learn more or opt out of all or some cookies read the information here extended. By closing this banner or continuing browsing you consent to the use of cookies.