Summer Surfing: Better in Portugal or the Canary?

To go surfing in summer, is it better to go to Portugal or better to say the Canary Islands like Lanzarote or Fuerteventura? This is really a very recurring question in this period about Facebook groups, but also in e-mail! That's why we decided to evaluate the pros and cons of the two destinations and explain why in the summer a surf trip in Portugal is better than in the Canary Islands .
But let's go in order and try to compare these two destinations. In both cases, these are two fairly close destinations and all in all quite inexpensive, as well as being the most consistent surf destinations in Europe during the summer. Both Portugal and the Canary Islands have excellent surf spots and are frequented by surfers all year round, but both are unfortunately not the best choice in summer ... but you probably already knew that. Summer, both in the Canaries and in Portugal, very often means small storms, wind, and crowds, but if the Maldives or Bali are not within your reach (and I do not mean only as a budget but also as a level), these two destinations remain the two surfing destinations most eligible candidates in Europe in the summer.

However, we see which destination is more likely to give us beautiful waves in July and August.

Fuerteventura, Lanzarote and the other Canary Islands 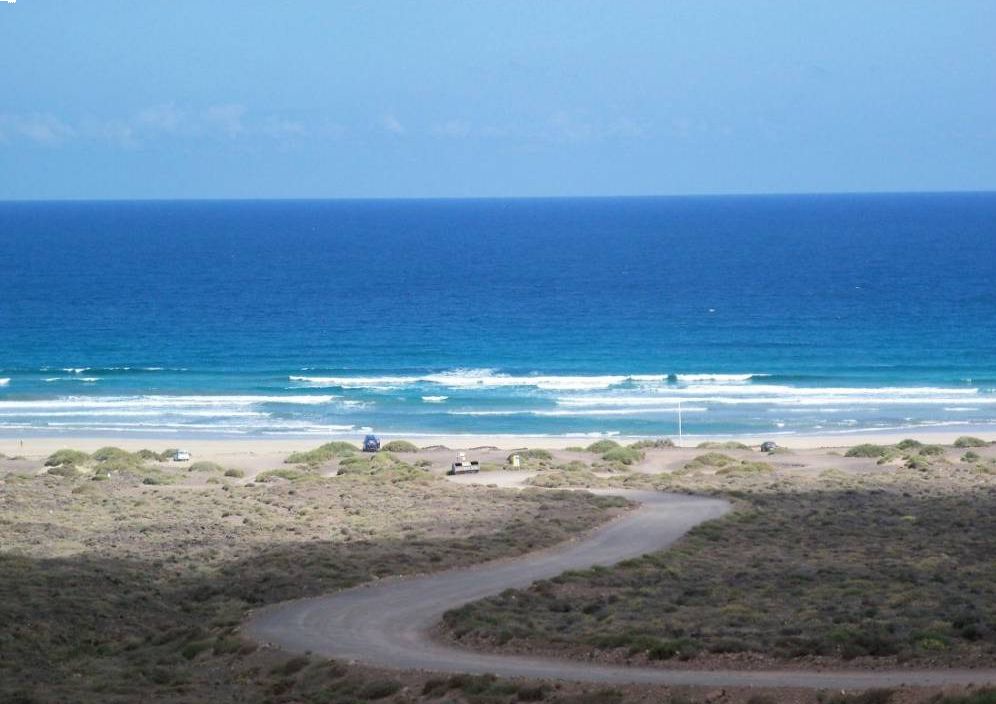 The Canary Islands are nicknamed the Hawaii of Europe and certainly not by chance. Fuerteventura, Lanzarote but also Tenerife and Gran Canaria can boast some of the best surf spots in Europe and beyond. The best time to surf the Canary Islands goes from autumn to spring . In this period the trade winds blowing from the North East are generally lighter, while the swells are more consistent. October in particular is almost always a magical month for a surf trip: hot, very little wind and many waves for all tastes.
In the last ten years we have been very often both in Fuerteventura and in Lanzarote more or less at any time of the year. The summer months, July in particular, are the windiest months and suitable for kitesurfing. We often spent whole months in Lanzarote in the summer for kitesurfing and we can only confirm that in July the wind is hard to wait for more than two or three days. On the other hand, waves generally have a lower period and are much less consistent. Despite this, in all the times we've been there, we've hardly ever seen the ocean completely flat. Moreover the wind generally strengthens the afternoon, so when you wake up early, keeping an eye on the direction of the swells and moving to the more wind-protected spots, you can still have fun almost every day. THE'
It is therefore difficult to make quality surf in the Canary summer, but not impossible. Between June, July and August, having to choose, in our experience, better June or late August ... although certainly the statistics do not give certainty for the future. It is not certain that if we found better conditions for surfing in June, you will not find a full week in the middle of July with no wind and good waves, in fact it was just like this a couple of years ago, so much so that two years ago whole month of July in Lanzatote we did more surfing than kitesurfing! 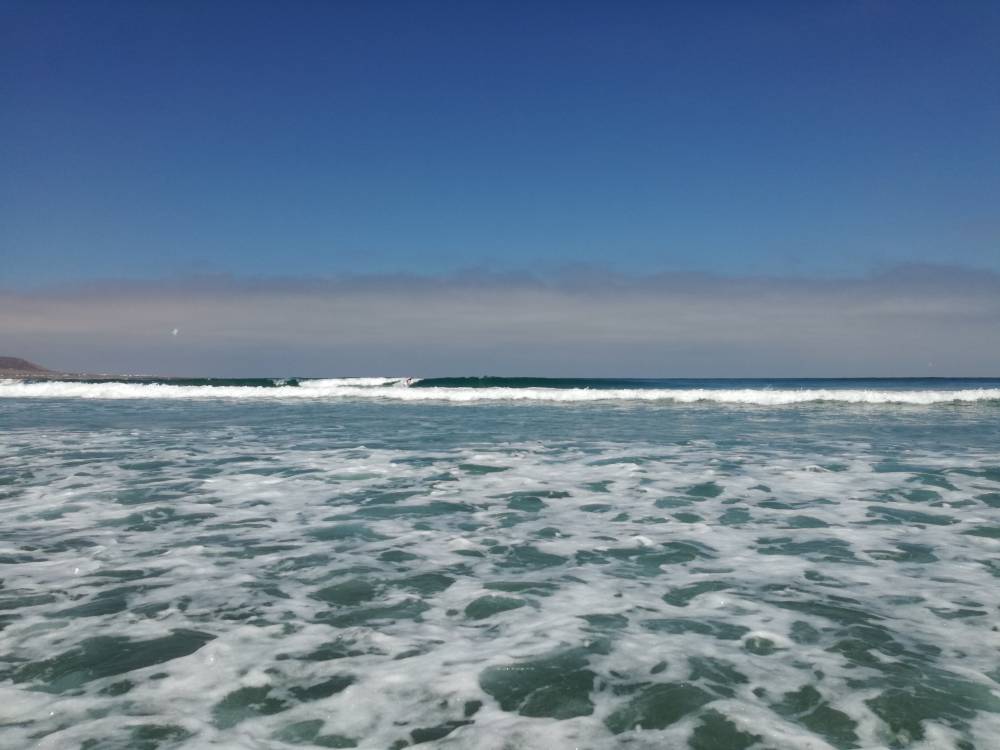 Surf trip to the Canaries in summer: the pros

- great if you do both surf and kitesurf

Surf trip to the Canaries in the summer: the cons

Portugal is another symbolic destination for surfing in Europe. Easily accessible and reachable even with a nice van loaded with boards, as well as with dozens of low-cost flights, Portugal offers miles and miles of well exposed coastline capable of capturing every swell. From the Algarve to Porto, leaving behind Nazarè and its Big Wave, towns like Peniche and Baleal, Ericeira, Carrapateira really offer waves for everyone. The best time to surf in portugal is undoubtedly the autumn, but spring also offers good chances of meeting excellent conditions. In winter the conditions are definitely top, with big wave and excellent frequency ... but also cold!
But let's come to summer. In summer those who go to Portugal to surf cannot certainly expect epic conditions, but there are always some waves. Very often these are longboard conditions, even if there is no shortage of tablet days. Regarding the wind, in July and August the predominant direction is the North-East (La Nortada). This wind is generally stronger around Lisbon (Guincho in the first place and further south in the Fonte de Telha area), while more rarely it disturbs the waves of the other spots. The same wind in July and August often blows strongly on the south coast of the Algarve, but here the direction is often offshore.
Personally we have already been to Portugal a couple of times in July and both times we managed to surf every day without even a breeze to ruin the waves. In fact, to kite surf we moved to dedicated spots where the wind enters (read here which are the main kitesurf spots in the Lisbon area ). As for the waves we found a little bit of everything. Many days as a longboard without a doubt, but also a few days as a board, mainly in the Peniche and Baleal areas.

In our experience, therefore, we found better conditions for surfing in Portugal rather than in the Canaries in the summer, mainly due to the lack of wind. Glassy waves, even in July, are not a rarity. On the other hand there are a lot more people in the water, but the Portuguese are really nice and even on the most crowded peaks you can always breathe a very relaxed air.

Surf trip in Portugal in the summer: the pros

- Little wind and many glassy days even in July

Surf trip Portugal in the summer: the cons 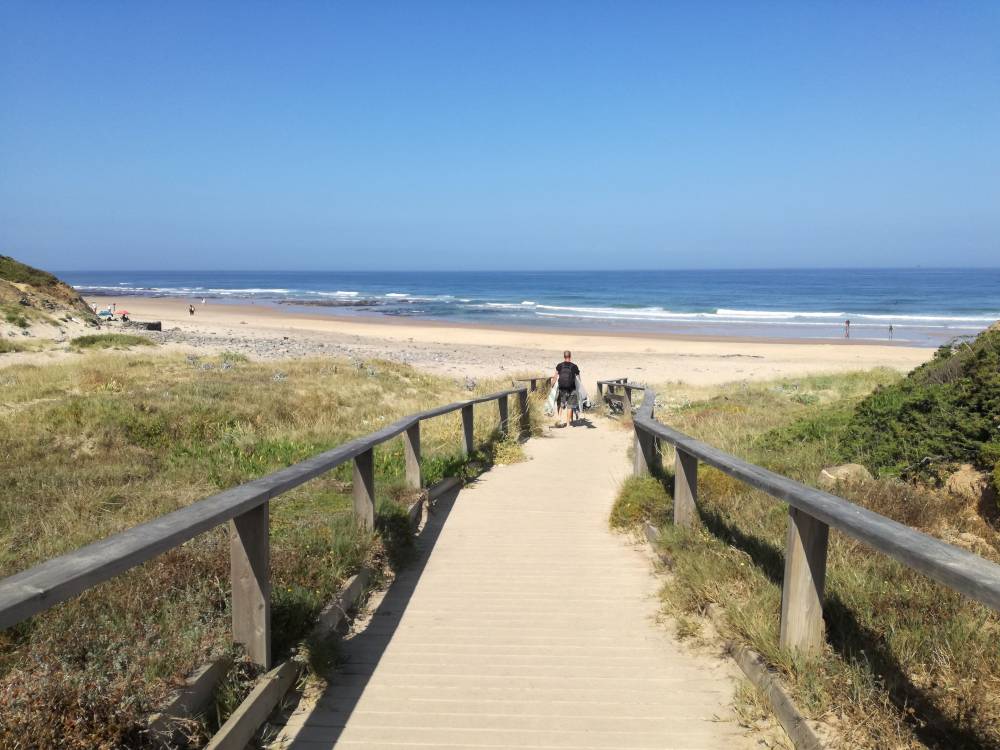 Autumn surf trip to the Canaries

I recently returned from our 10-day surf trip to Lanzarote from late September to early October. On the skin I still have the sign of a tan and in my mind the memory of perfect waves and glassy and of the crystalline colors that the island has given us is still vivid. This was not the first time

Our surf trip in Portugal

Surfing and kitesurfing between the Algarve and Alentejo

Surfing in the Algarve, as in almost all of Portugal, is an institution, as in few other places in Europe and a surftrip in the Algarve is therefore a privileged way of getting to know this region, exploring the beaches and especially the waves. Here is the story of our surf (and kitesurf) trip of 15

Guide to the spots, conditions and best time for a surf trip in Fuerteventura

The Canary Islands are also known as the Hawaii of Europe and indeed here it is possible to find truly world class waves, undoubtedly among the best in Europe. Fuerteventura is probably one of the islands most frequented by surfers: spots for every level, waves of excellent quality and consistency, lots