YOW: how Your Own Wave surfskates are built

Our visit to the HLC skateboard factory in Spain

HLC is Europe's number one skateboard factory. In the Gipuzkoa factory, near San Sebastian in the Spanish Basque Country, some of the most popular skateboards, longboards and surfskates in the world are produced such as Jart Skateboards, Cruzade Skateboards, Long Island Longboards, as well as skateboards for many other brands and of course YOW Surfskate.

HLC was founded about 20 years ago and has since produced millions and millions of skates for thousands of brands and skate shops around the world. Thanks to a commitment and continuous research it has become the largest and most technologically advanced skateboard factory in Europe and probably in the world, with a production capacity of thousands of complete skateboards per day and what matters most with very high quality standards.

When we went surfing in the Basque Country this summer, couldn't we miss the opportunity of a visit? Obviously not! And it was a very interesting visit, where we had the opportunity to see and touch every step that leads to the creation of a skate and in particular of our beloved YOW surfskates. 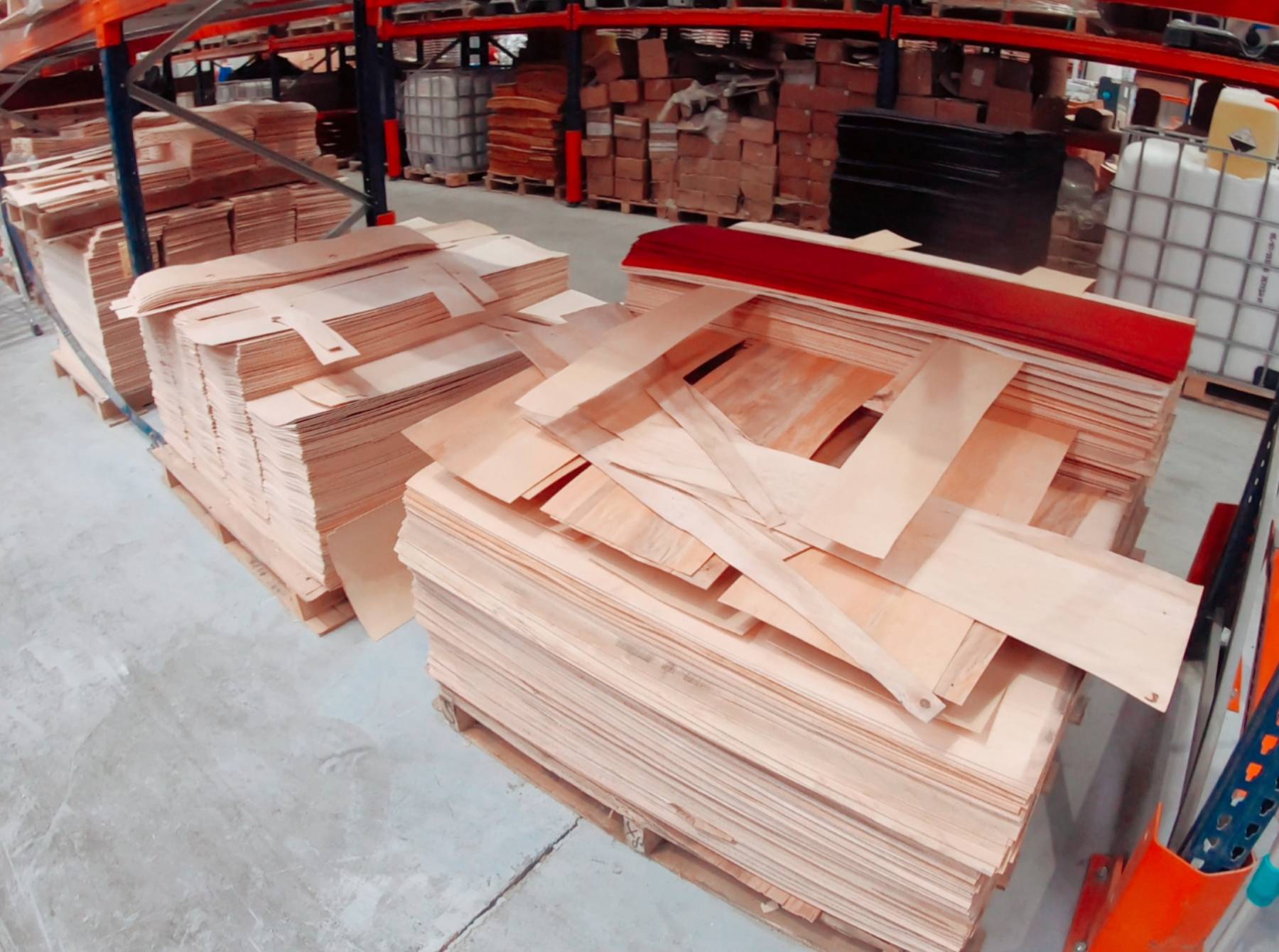 It all starts with Maple USA, the famous Canadian quality maple. In HLC the layers of Canadian maple come from America, and it is one of the few things that they do not produce internally or a few meters from the factory, simply because only in the USA does the wood of Maple trees find the natural conditions to reach the hardness to satisfy the highest HLC standards.
The Canadian maple, they told us, was one of the critical factors that caused serious slowdowns in production in recent months since for a series of concomitant causes including Covid and the global crisis in the transport sector they had difficulty importing. the quantities of maple they needed, especially the large sheets needed to make the surfskates.

The whole production is highly automated with numerical control machines and even some exclusive machines that we have not been able to photograph because they are unique in their kind.

The first step in the production is the overlapping of the 7 sheets of maple which are crossed and glued. Depending on the skate to be produced, colored sheets can be used inside, to have the characteristic colored line in the layer.
Once glued, the maple sheets are placed in the press that gives the shape to the deck, and here is the time required for drying.
The sheets then come out of the press already with kick and concave.

At this point it is time to cut to give the final shape to the deck.

Naturally, the CNC machine takes care of the cut.

Then, depending on the model to be produced, we move on to the painting and finish or to the application of the printed graphics, or maybe both. The plotter that takes care of the printing is impressive and allows you to print both on the film that will then be applied to the deck and on the griptapes. And in addition to printing, it cuts the graphics to size. Here in the photo, for example, you can see the application of the graphics to the deck of the Chiba.

Finally, the yow surfskates that are sold complete are assembled with trucks and wheels, these too produced by HLC.
Yes, because the famous YOW truck, the Meraki, is not produced in China as is the case for most of the skateboard and surfskate trucks, but is produced in a foundry located in the Basque Country, very close to the HLC factory. The foundry makes all the pieces which are then assembled in the factory.

As for the wheels, these have been a big problem in the last year for YOW, so they decided to replace the Cinetic produced in Asia with new wheels that are now produced in-house and which are, according to YOW, even better in quality and feeling. For the moment only one model of wheels is produced: the white YOW URA 66x51mm 76A, but other models will probably be joined in the future

And last but not least we have to thank YOW not only for their willingness to let us visit their factory and show us all the work and passion behind every single skate, but also for the fantastic gift they gave us before we left .. a beautiful shiny new Chiba and the new URA wheels that we were really too eager to try ... we can't wait to let you know how it goes!

On Saturday, May 14 and Sunday, May 15, come try surfskate at the Italian qualifying stage for the Red Bull UCI Pump Track World Championships Bike360_The doctor's bike park in Ponte Buggianese!There will

What are the best surfskate wheels for going to the park? Which wheels to slide? And which wheels should I mount to use my surfskate on bumpy roads? There are dozens and dozens of cruiser, surfskate and