The Naish Pivot is one of the most popular kites in the world of kitesurfing, perhaps because it is the sail with which Kevin Langree has won the red bull king of the air 2 times, or perhaps simply because it is a particularly long-lived model that satisfies in full the tastes of a good slice of kiters. But let's get to our test.

Test conditions:  various days with wind between 12 and 18 knots and small wave. We used the Naish Pivot with both twin tip and surfboard

Upon arrival the kite looks very good, with a nice bag, although not very large, but of course this is not a problem if you fold the kite even if only in a passable way!

Compared to the 2019 model, the most obvious modification is that of the One pump inflation system which is now completely external and very similar to that of many other brands such as F-one. It differs in the required pressure which, as reported on the leading edge is 11PSI, which are not few! 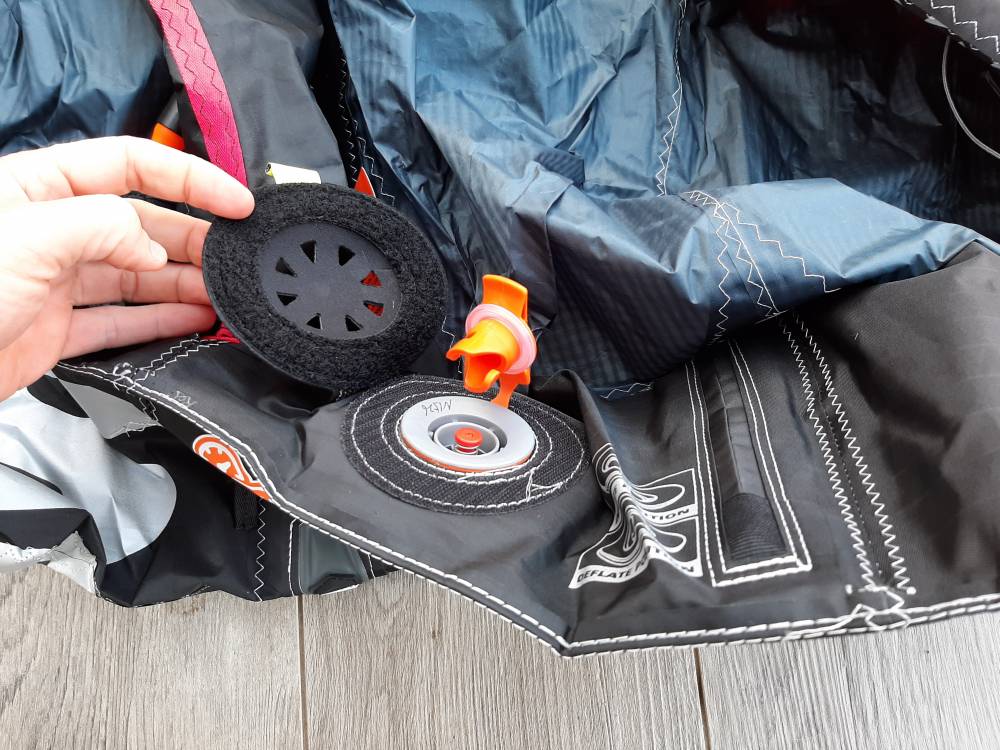 Bridging system on the front with a single pulley and possibility to choose the pressure level on the bar by adjusting it on the back lines. Power regulation, on the other hand, is managed only by adjustment on the bar.

We used the Pivot with the Naish TORQUE ATB bar with depower on the top. The bar is made well, has a good handle and is very simple. It is an effective and intuitive bar that we had already talked about in the Naish Triad test , and which in short stands out for a nice comfortable grip, a really nice long depower run, integrated floaters, beautiful lines.

To adjust the power by lengthening or shortening the back lines it is necessary to open the two ends of the bar. Same thing to change the bar width from 50 to 55cm. 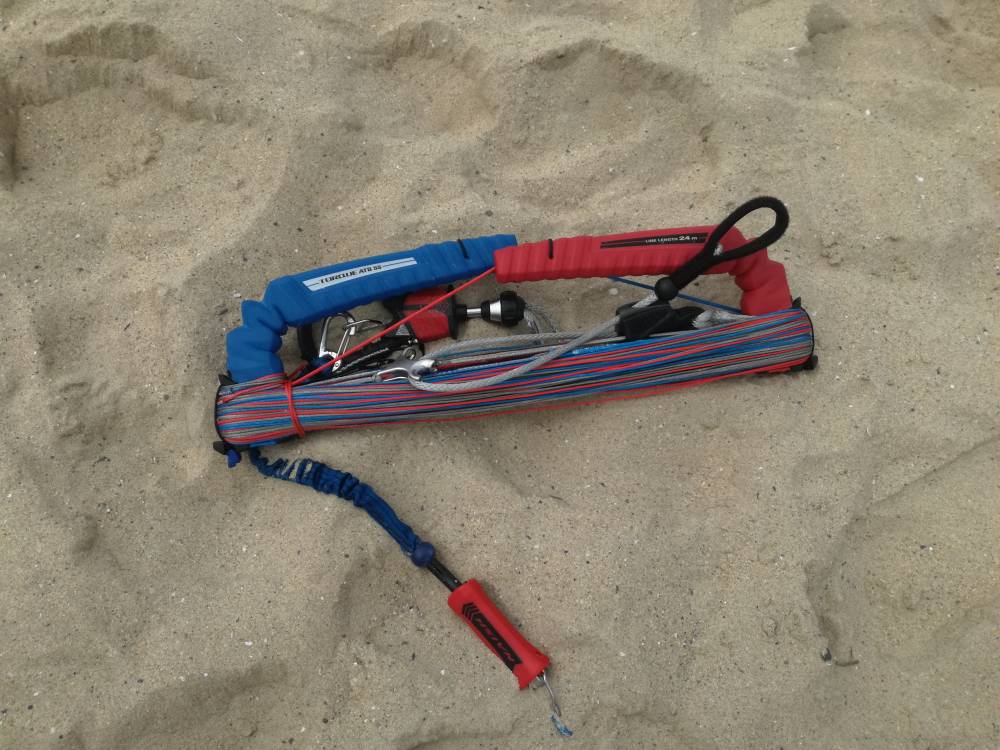 In the air the sail is immediately very stable, it reacts promptly to commands even if the backs are not perfectly in tension. We did not find it particularly fast but still in the average of other sails that we tried of this size. 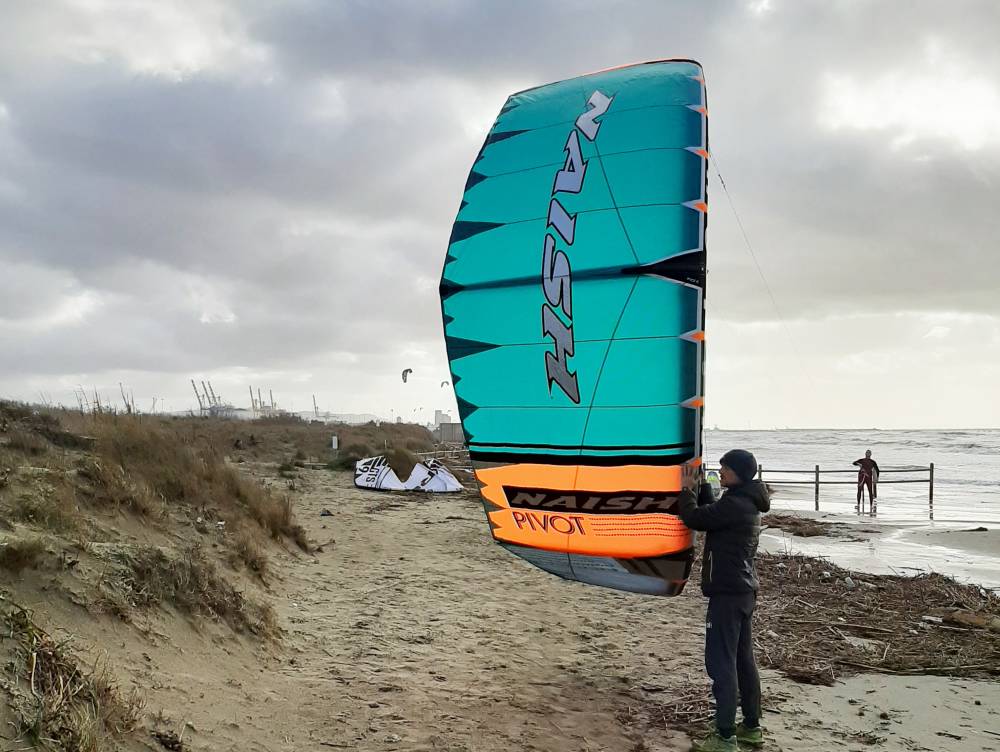 In the water the Pivot is very intuitive, it has a good pressure on the bar and direct feedback that helps to immediately get confidant with the kite. The Pivot is definitely a powerful kite. Even with very little wind it can immediately make you glide, a sail that even with wind at the limit always guarantees you an exit. In addition, his shot is nice progressive: pull the bar and immediately feel the power in your hands, release the bar and the power decreases. As for the flight window, it is not as wide as that of other sails, but not too central. 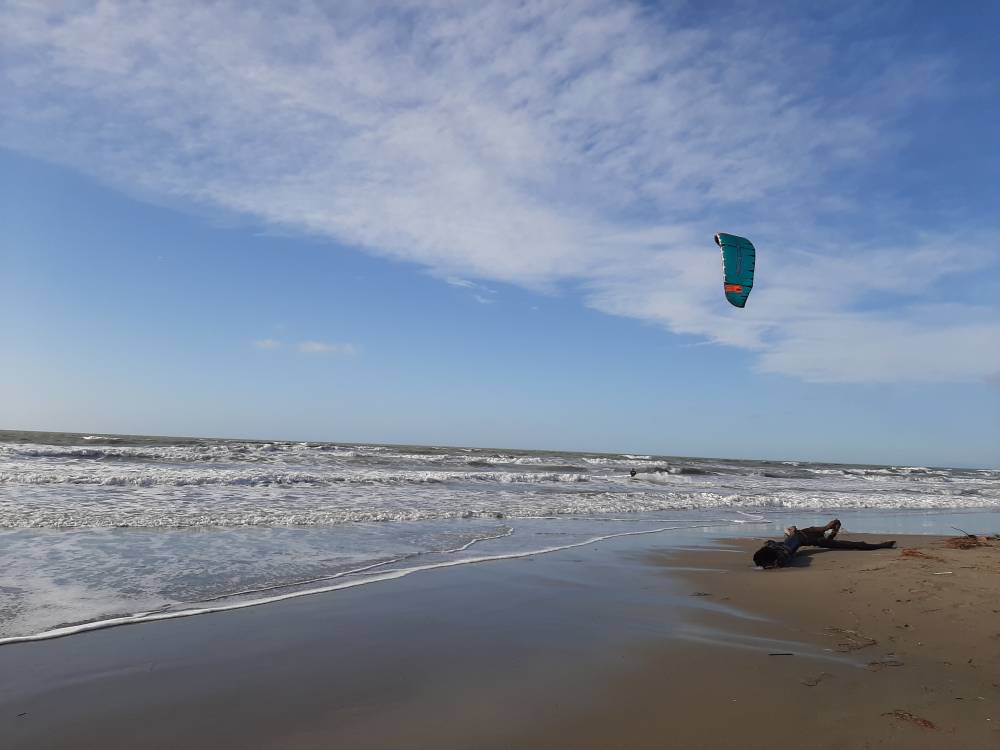 But let's talk about its best value:  the infinite jumps . Yes, because all the power that is perceived in the hands as soon as the sail is in the air really translates into mega jumps. I must say that few sails have impressed me so much in the jumps. I would compare the lift of the Naish Pivot to the Duotone Rebel but compared to the latter the Pivot seemed to us perhaps even more explosive and aggressive. With the right timing it is possible to go really high and once the right feeling is acquired, the landings are also soft and clean.

WAVE: how the Pivot goes on the waves

The Pivot is undoubtedly a very powerful kite, but also well managed and direct. On the waves it is appreciated for its smooth and fluid shot, but above all for its stability. On the other hand, it always maintains a certain fund of power which, in certain conditions and above all strapless, can be excessive from difficult to manage. The Pivot is a kite more suitable for those who surf with straps, or for those who use the traction of the kite more than the thrust of the board. But even those who alternate between twin tips and surfing tend to be more comfortable with this type of kite.

The Naish Pivot is undoubtedly a wing that deserves its reputation as a powerful and powerful kite. A nice freeride kite that I would recommend without delay to all lovers of jumps, to kiters with good experience, fans of old school maneuvers shot at dizzying heights.

I would not recommend the Pivot to beginner or intermediate riders looking for an easy and reassuring sail even in demanding winds, such as our libecciate.

For them, always staying on NAISH, I would recommend the Triad, which looks a lot like Pivot but has a more gradual shot, shoots very high but in a less aggressive way and certainly has a little less power to manage.

In addition to us at Tabularasateam.it, other intermediate and expert kiters on the spot have tried sailing, giving us their impressions.

Here are some opinions of those who have tried it:

"Great sailing. I especially liked the shot. Even with little wind I was able to glide without problems. I also liked the lift: it made me do some nice jumps despite the fact that there were very few knots for me when I tried it. I also found it very manageable and not so slow "  Angelo

"Even though I'm used to kites that move a lot faster in the window and I prefer a bit more freestyle kites, I have to say that the Pivot made me have fun. It feels like it's a powerful, jumping kite." David

The Slash is the sail dedicated to the pure wave of Naish kiteboarding, and in particular to the wave strapless, therefore a sail that we were really very curious to try considering our passion for the waves ... and for our test we were more than lucky because we found really bad days thanks to a nice

Impact Vests aren't just for beginners. I know many feel cooler to go out without, hard and pure. We are the first to often have the bad habit of kitesurfing without the impact jacket, but this is as we

The Naish Boxer is the one strut kite dedicated to freeride - foiling and light wind by Naish kiteboarding. In these days of light sirocco and spring mistral we had the opportunity to use it and here are