What it is and how it works

The Wing (also called kitewing or Wingfoil) is a wing halfway between a Windsurf sail and a hang glider sail. There are many variations and in reality it is not an absolute novelty in recent months, indeed wings of this kind have already been widely used on snow, on ice, on the road with skates or with the mountain board since the end of the 80s.

Why is Wing Surfing exploding now?

With respect to the past, two new developments have occurred in recent months:

1. The new generation Wing wings use the construction technology of inflatable kites and no longer windsurf or hang gliders (Invention claimed by slingshot as can be read here ). The rigidity of the sail is given thanks to the tubulars that are inflated like the kitesurf sails, making these wings much lighter than before and making them safer in the water, since they float. 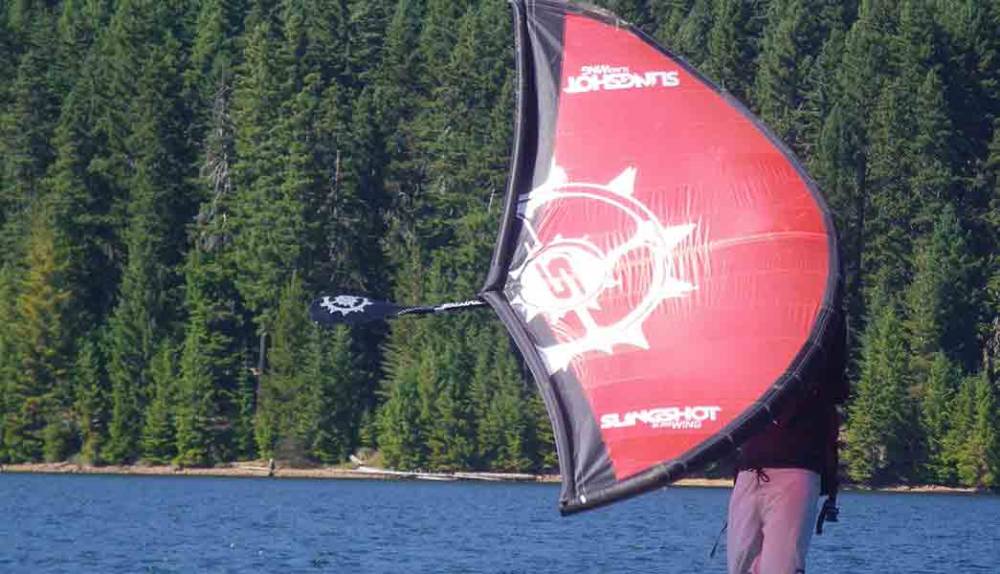 2. Wing wings are now used with hydrofoil . The big limit that prevented this type of wings from ever making a name for itself in water was the friction of the table. A wing of this kind does not generate the power of a kitesurf sail so its use was very limited. The large-scale spread of hydrofoil has opened up new scenarios and new application possibilities. 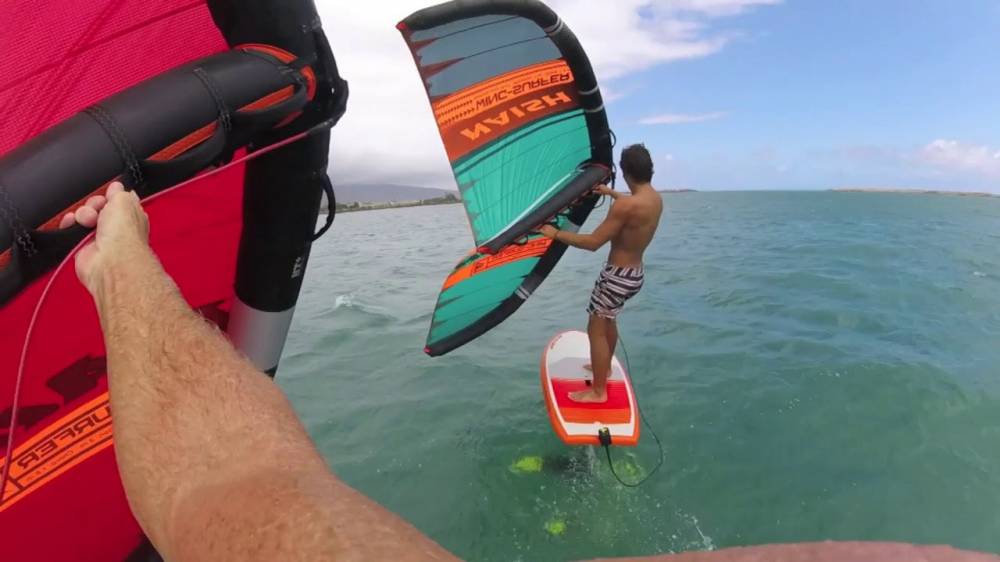 What are the characteristics of Wing surfing?

First of all it is right to point out that Wing Surfing does not want to be an alternative to kitesurfing, nor to windsurfing and in reality it is not for those who already practice these sports that it is addressed. The Wing Surfing is instead an option for those who want to experience the thrill of flying over water, as it could do with kitesurfing, but without embarking on learning a difficult and tiring sport.

In fact, Wing Surfing promises to be extremely simple to learn, infinitely easier than windsurfing, but also kitesurfing. According to the various brands and those who tried it, the wing is very easy to handle. Just put it in favor of wind and go! Its handling is instinctive and does not present the dangers of a kitesurf sail. Its use in pairs with a surfboard or sup with foil allows you to have fun in a few minutes and without too much effort, provided of course you have the foresight to choose the right wind and sea conditions (flat water and light wind).

On the other hand its percormance cannot obviously be compared to those of kitesurfing or windsurfing.

Here are some videos to give you an idea

Make your Wing yourself

Did you feel like trying but don't want to spend money on this toy or can't find it?

Well, you can always try to do it yourself! You just have to find an old broken kitesurf sail (the better the course is, the less you pay !!!) or if you have one the better, and give yourself a little to do with a sewing machine following this video tutorial .. have fun!

Wing surfing is this new discipline that is literally exploding. Many brands that already produce kitesurf sails are proponents their wing wings and the curious who want to try are more and more. Wingsurfing is presented as a new, fairly accessible sport because it is relatively simple to learn and